The recent events of child abuse and sexual abuse with the #metoo movement has reignited my resolve to promote awareness of child maltreatment issues. If you are a parent, work with children, or know of any children, please take a moment to take a look. If you observe these signs AND have cause for concern, contact a professional or your local child protection agency.

With mass shootings, nuclear threats on the horizon, political differences, racial tension, and social media influence, our responsibility as parents in protecting our children can be a daunting task. It’s rough; thus, I wanted to start this blog to have a venue to share information, knowledge, and awareness. If everyone took a part in protecting their child and other children by recognizing signs of possible maltreatment, we can possibly save another child from harm.

1. Bruises: Unusually shaped bruises (in the shape of an object), bruises on unusual parts of the body, multiple bruises at different stages of healing, child who reports frequent falls but explanations do not seem to match the injury (they are very capable of walking or does not seem clumsy).

2. Burns: Burns in shapes that seem unusual for explanations, unattended burns (toddler playing near fire or the stove), round burns that look like cigarette burns, untreated burns (burn was not bandaged or child was not taken for medical attention with a severe burn).

4. Severe Dental Problems: Child has several cavities that may make it difficult for the child to eat. Child‘s parents seem unresponsive when asked to have dental issues addressed. 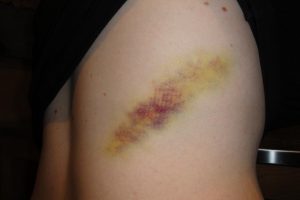 6. Unusual Fear: A child is suddenly afraid of things that he/she never used to fear; this is particularly concerning when sudden fear emerges in the presence of a previously trusted individual. Remember, it is more common that an adult known to the child is the perpetrator of harm. It should also be noted that fear is not a requirement for identifying abuse. If a child knows and trusts this adult, the child may not be fearful and completely aware of the abuse that is occurring. Significant change in personality can also be a concern that may
need to be explored further.

7. Regression: This occurs when a child starts to act like a baby or seems to have lost a developmental skill that was once attained. For example, a child who was once potty-trained is suddenly having several toileting accidents. Sudden thumb-sucking with an older child.

9. Sudden Withdrawal from Others: There is a sudden withdrawal from a child who was used to interact freely with others.  The child appears timid and appears anxious. He/she doesn’t want to be around others or becomes clingy to parents or one person in
particular.

10. Lack of Boundaries: Child has no sense of boundaries and will climb into a stranger’s lap and may even ask to go home with the stranger.

11. Moodiness: The child will feel confused, anxious, angry, irritable more than they usually are, to the extent that parents will wonder what has been bothering them for so long.

12. Fear of areas: Being afraid of going to certain places that he/she was never afraid of.

13. Aggression: Sudden aggression towards other or him/herself. 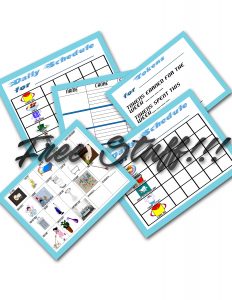 I’m a mother and a Clinical Psychologist who works with children and their families as well as individuals reaching for their goals. Born and raised in Hawaii, I embrace diversity and help individuals find their strengths. It is my mission to bring awareness to child maltreatment and help parents and individuals find the courage to make a change.